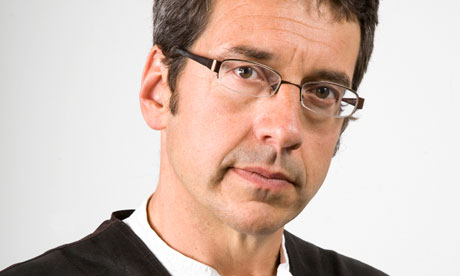 There is a box labelled “climate”, in which politicians discuss the climate crisis. There is a box named “biodiversity”, in which they discuss the biodiversity crisis. There are other boxes, such as pollution, deforestation, overfishing and soil loss, gathering dust in our planet’s lost property department. But they all contain aspects of one crisis that we have divided up to make it comprehensible. The categories the human brain creates to make sense of its surroundings are not, as Immanuel Kant observed, the “thing-in-itself”. They describe artefacts of our perceptions rather than the world.

Nature recognises no such divisions. As Earth systems are assaulted by everything at once, each source of stress compounds the others.

Take the situation of the North Atlantic right whale, whose population recovered a little when whaling ceased, but is now slumping again: fewer than 95 females of breeding age remain. The immediate reasons for this decline are mostly deaths and injuries caused when whales are hit by ships or tangled in fishing gear. But they’ve become more vulnerable to these impacts because they’ve had to shift along the eastern seaboard of North America into busy waters.

Their main prey, a small swimming crustacean called Calanus finmarchicus, is moving north at a rate of 8km a year, because the sea is heating. At the same time, a commercial fishing industry has developed, exploiting Calanus for the fish oil supplements falsely believed to be beneficial to our health. There’s been no attempt to assess the likely impacts of fishing Calanus. We also have no idea what the impact of ocean acidification – also caused by rising carbon dioxide levels – might be on this and many other crucial species.

Or look at moths in the UK. We know they are being harmed by pesticides. But the impact of these toxins on moths has been researched, as far as I can discover, only individually. Studies of bees show that when pesticides are combined, their effects are synergistic: in other words, the damage they each cause isn’t added, but multiplied. When pesticides are combined with fungicides and herbicides, the effects are multiplied again.

Simultaneously, moth caterpillars are losing their food plants, thanks to fertilisers and habitat destruction. Climate chaos has also knocked their reproductive cycle out of sync with the opening of the flowers on which the adults depend. Now we discover that light pollution has devastating effects on their breeding success. The switch from orange sodium streetlights to white LEDs saves energy, but their wider colour spectrum turns out to be disastrous for insects. Light pollution is spreading rapidly, even around protected areas, affecting animals almost everywhere.

Combined impacts are laying waste to entire living systems. When coral reefs are weakened by the fishing industry, pollution and the bleaching caused by global heating, they are less able to withstand the extreme climate events, such as tropical cyclones, which our fossil fuel emissions have also intensified. When rainforests are fragmented by timber cutting and cattle ranching, and ravaged by imported tree diseases, they become more vulnerable to the droughts and fires caused by climate breakdown.

What would we see if we broke down our conceptual barriers? We would see a full-spectrum assault on the living world. Scarcely anywhere is now safe from this sustained assault. A recent scientific paper estimates that only 3% of the Earth’s land surface should now be considered “ecologically intact”.

The various impacts have a common cause: the sheer volume of economic activity. We are doing too much of almost everything, and the world’s living systems cannot bear it. But our failure to see the whole ensures that we fail to address this crisis systemically and effectively.

When we box up this predicament, our efforts to solve one aspect of the crisis exacerbate another. For example, if we were to build sufficient direct air capture machines to make a major difference to atmospheric carbon concentrations, this would demand a massive new wave of mining and processing for the steel and concrete. The impact of such construction pulses travels around the world. To take just one component, the mining of sand to make concrete is trashing hundreds of precious habitats. It’s especially devastating to rivers, whose sand is highly sought in construction. Rivers are already being hit by drought, the disappearance of mountain ice and snow, our extraction of water, and pollution from farming, sewage and industry. Sand dredging, on top of these assaults, could be a final, fatal blow.

Or look at the materials required for the electronics revolution that will, apparently, save us from climate breakdown. Already, mining and processing the minerals required for magnets and batteries is laying waste to habitats and causing new pollution crises. Now, as Jonathan Watts’s terrifying article in the Guardian this week shows, companies are using the climate crisis as justification for extracting minerals from the deep ocean floor, long before we have any idea of what the impacts might be.

This isn’t, in itself, an argument against direct air capture machines or other “green” technologies. But if they have to keep pace with an ever-growing volume of economic activity, and if the growth of this activity is justified by the existence of those machines, the net result will be ever greater harm to the living world.

Everywhere, governments seek to ramp up the economic load, talking of “unleashing our potential” and “supercharging our economy”. Boris Johnson insists that “a global recovery from the pandemic must be rooted in green growth”. But there is no such thing as green growth. Growth is wiping the green from the Earth.

We have no hope of emerging from this full-spectrum crisis unless we dramatically reduce economic activity. Wealth must be distributed – a constrained world cannot afford the rich – but it must also be reduced. Sustaining our life-support systems means doing less of almost everything. But this notion – that should be central to a new, environmental ethics – is secular blasphemy. 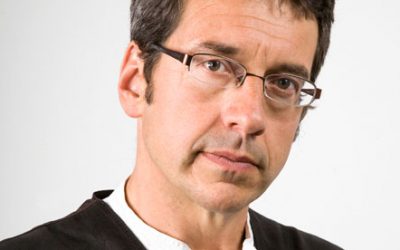