Ayliff Nasayi Madlokazi was 18 years old when he was alongside the person who planted the first wattle tree in South Africa in 1928. What he didn’t know was that he had witnessed an event of significance. The Australian wattle was meant to provide fuel and building materials. “The wattle intruded like flies and spread towards the [local] indigenous forest,” says Madlokazi. “But because we regarded this tree as the best for shade, we took no notice of it. Later, though, it flourished near the Gxulu River, infesting the Mnyameni area. At the same time, it suppressed the growth of natural vegetation.”

Invading Alien Plants (IAPs) have been a worldwide threat to the biodiversity of natural ecosystems; and Wattle was an IAP… South Africa thenceforth designed a “Working for Water” program to curb the increasing invading alien plants which had infested the country’s grasslands for centuries and were continuing to do so. This scheme hoped to save the country from an economic and ecological disaster. Beyond these environmental goals, the main driver of this programme was really poverty alleviation through the creation of employment in the programme’s plant removal projects- “workfare”’ (DWAF, 2006).

South Africa receives very little rainfall (65% of South Africa receives less than 500mm a year on average). Adding to these woes is the spreading of IAPs which not only consume excess water, give rise to flooding, fire, erosion and siltation; but also effect agriculture, fisheries and transport. Once introduced, they expand more and faster than the indigenous species. In South Africa, IAPs have invaded almost 10.1 million hectares (6.8%) and deprived the country of its precious water. These plants have obstructed and dried up rivers and streams, reduced ground water levels and biodiversity, invaded grasslands and fybnos shrub lands ecosystem, caused a mass extinction of native plants and vegetation, reduced the water quantity by 82% in some watersheds, and led to an increase in soil erosion. The destruction of IAPs may be contradictory to the theory of watershed conservation, but South Africa requires little water due to its low biomass.

The introduction of IAPs:

In 1652, colonization of South Africa’s Cape by the Dutch witnessed imports of more than 50 crop plants. For the next 150 years settlers from all over the world carelessly introduced 11 of the 12 present day invasive species. In total, 9000 plant species have been introduced out of which 198 shrubs and trees (syringa, pines, prickly pear, black wattle and lantana) have been dangerously invasive. By the late 1800s, forest authorities began afforestation of the mountains wherein pines, eucalyptus and wattles were imported and promoted to supply tannin and timber. This quickly became state-owned and private plantation owners began to industrialize the timber, pulp and paper industry. Soon the IAPs were drinking almost twice the amount of water than they would in areas away from rivers.

For the next 60 years, despite a warning by botanists, the demand for timber and related products led to an increase in the afforestation. This also had great implications on the export of Western Africa’s harvests of apples, peaches and pears which depended heavily on water from mountain catchments. The Weeds Act (1937) and the Conservation of Agricultural Resources Act (1983) were passed to deal with IAPs, but could not be enforced due to lack of resources. The “Working for Water” Program:

Apartheid ended and South Africa became a constitutional democracy in 1994. In the following year (1995), the South African government launched its biggest and the most expensive alien-plant control program.

Known as the ‘Working for Water’ program, the South Africa’s Ministry of Water Affairs and Forestry employed 7,000 people and cleared 33,000 ha in 8 months. 10 million hectares was identified to be cleared off in the next few years. This effort not only hacked away thirsty IAPs, but also tackled poverty – the impoverishment of Black South Africans who had long been victims of apartheid. Further optimization of the cleared wood by producing and marketing of products in the form of fuel wood, crafts, mulch, charcoal, smoke chips, furniture and toys was undertaken, thereby providing the labour with new skills and living wages. Water was provided at a lower cost and a healthier ecosystem was focussed on by controlling the IAPs.

For the 300 projects running in 9 provinces throughout South Africa, the IAPs were controlled using several methods:

Mechanical: Removing and burning IAPs; and replanting the area with aboriginal species.

Integrated control: Making use of all the above mentioned three approaches.

Monitoring was done through a database for controlling and managing the field operations.

ConcilenseSambo, Gauteng (area manager for Working for Water) says alien plants need high levels of water all through the year. He adds, “mostly with exotic plants, like gum trees [eucalyptus] and so on, they are mostly evergreen, so they suck water from the ground – depending on the size of the tree from 80 liters a day to 200 hundred liters a day, depending on the size of the tree.”

Though the work has been hard and dangerous, the number of people employed rose from 21,000 to about 42,000. Single mothers were included in the program and childcare was provided. In all, over 15 million jobs were generated. Community centres were opened and health and education workshops on family planning and HIV/AIDS were conducted. Wetlands and areas devastated by fires were rehabilitated. This program also created jobs for people in rural areas and the disabled. By 2000, about 4,50,000 ha land was cleared with still more left. The National Water Act (1998) recognized water as a common resource and granted each South African access to 25 litres of water per day. In the new political regime, the need for social welfare faced stiff and fierce competition. With political and public support, the water management has been required to uplift the country’s political and economic status, and readdress issues of past injustice and environmental neglect. The program also received political support due to creation of jobs for the fight against poverty. But the program’s high cost cannot be overlooked. The costs of plant clearing and weed control are massive. Another problem area is of the rural communities which depend on some IAPs for firewood, charcoal, barbecue wood, shelter, honey, pears and guavas, hence the program has avoided the clearing in these regions. However, partnerships with the private sector, support of landowners, non governmental organizations and government bodies can yield greater results. It can alleviate the country from poverty, biodiversity and water problems which are at a great risk, and develop into a potential avenue for economic and ecosystem restoration.

A link to the ‘working for water’ program webpage: http://www.dwaf.gov.za/wfw/

A case study on the ‘working for water’ program: http://www.watershedmarkets.org/casestudies/South_Africa_Working_for_water.html 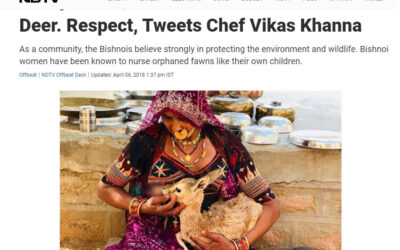 In 1730, 363 Bishnois sacrificed their lives to protect their sacred trees against the emperor, and they never stopped. 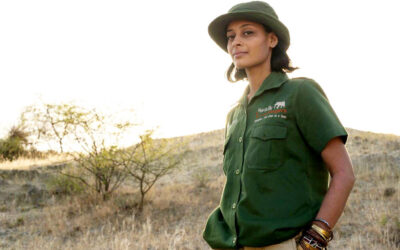 Raabia Hawa – Beauty and the Beasts 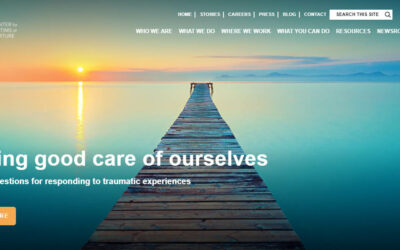 The Centre for Victims of Torture

Putting the Soul back into the Body